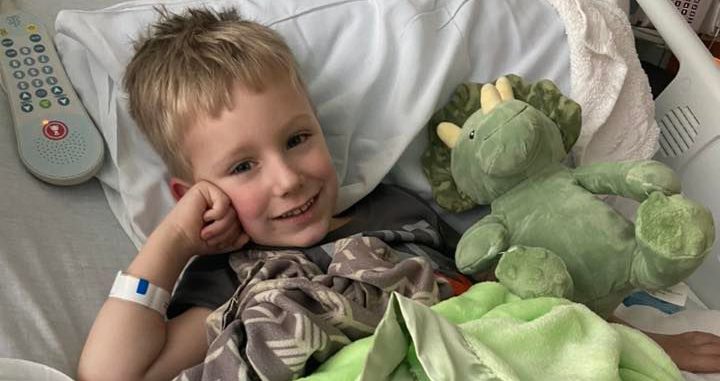 On Thursday April 14th, the parents of 3-year-old Jagger Zopp were told the one thing every parent hopes they never have to hear; “We believe your child has Cancer”. When a large soft tissue tumor was discovered in his pelvis, obstructing his bowels and urinary track. It was an unexpected life altering moment during a trip to the emergency room for what they suspected was just a bad case of constipation. Jagger was immediately transported by ambulance to Golisano Children’s Hospital in Syracuse, NY. Where a biopsy was preformed and the suspicions of the oncologists were confirmed. Jagger was diagnosed with Rhabdomyosarcoma. Which is a rare, aggressive, fast growing cancer. On average across the country only 400-500 people are diagnosed per year. Jagger received his first round of chemotherapy on Easter Sunday. Jagger is the youngest son of parents Zac and Kelsey Zopp, he has a 6-year-old brother Zachary and is loved by all for his strong willed, fierce, witty, tenacious personality. He and his family have a long battle ahead of them which consists of 67 weeks (15+ months) of multidisciplinary treatment; chemotherapy, radiation, and surgery. After Jagger’s initial 9-10 weeks of chemotherapy at Golisano, the family will be traveling out of state to a sarcoma center that specializes in this rare form of cancer for the next stage of his battle. A benefit is being held for Jagger and his family to help alleviate some of the burden and financial stresses that come with a cancer diagnosis, so they can focus on caring for and obtaining the best treatment possible for their son. Cancer picked the wrong little boy to mess with because Jagger is a fighter and we are asking that our community show up in abundance to help him show cancer who’s boss! 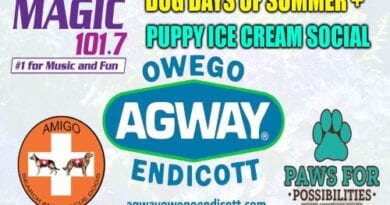 live broadcast Saturday from 11a – 1pm 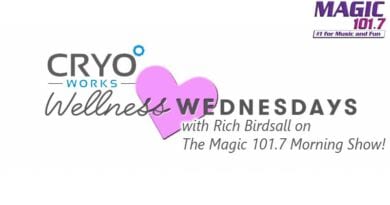 Every Wednesday is Wellness Wednesday!