We know a little bit more about what BILL MURRAY supposedly did that halted production on his upcoming movie “Being Mortal”.

One source says, quote, “He was very hands-on touchy, not in any personal areas, but put an arm around a woman, touched her hair, pulled her ponytail . . . but always in a comedic way.

“It is a fine line and everybody loves Bill, but while his conduct is not illegal, some women felt uncomfortable and he crossed a line.”

But another source adds, quote, “[Bill] loves women and loves to flirt, he enjoys poetry and romance, he’s always flirting, but it is always couched in comedy.  It isn’t clear if he crossed a line.”

We heard recently that AZIZ ANSARI, SETH ROGEN, and BILL MURRAY were teaming up for a movie called “Being Mortal” . . . which Aziz was also directing.  It sounded too good to be true, and apparently it was.

The production was suspended indefinitely on Monday, because someone accused Murray of inappropriate behavior.

There’s no word what he did, but Aziz and Seth reportedly had nothing to do with it.  The production company is looking into it, and there’s no word yet if filming will resume, or if Murray will be part of the movie going forward.

(The “New York Post” has a rundown of Bill Murray’s history of “incidents” on movie sets.  Let’s just say he’s not always easy to work with.) 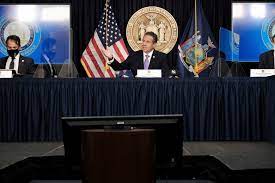 A Guy Burned His Truck Rescuing People from a Fire, Toyota Gave Him a New One