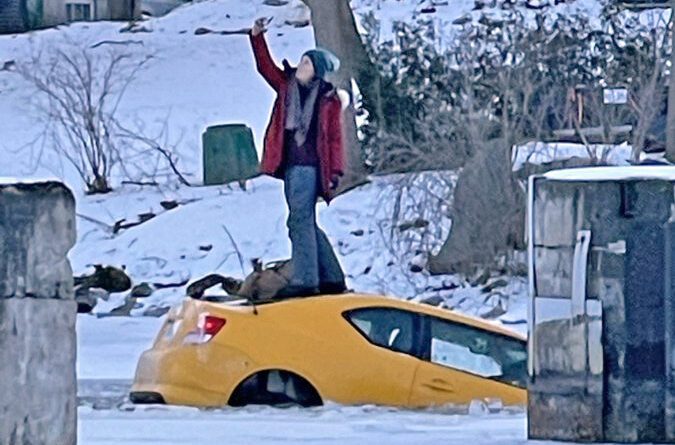 All I can say is this lady is lucky Canadians are so nice.

On Sunday, a young woman near Ottawa decided it would be a good idea to drive her car down a FROZEN RIVER.  And I mean SPEED down it.Someone who lives next to the river got footage of her flying by in her yellow car.  But that’s not even the craziest part of the story.  (Here’s the video.)

Her car eventually hit a thin spot in the ice and BROKE THROUGH.  So it was sinking in freezing water, and random people had to save her using a kayak. One guy who helped said you could see her start gathering her stuff into a bag while her car sunk.  Meanwhile, everyone on shore was yelling at her to just get out. She eventually did make her way onto the roof.  Then while they were trying to get to her, she just stood on top of the car . . . and started taking SELFIES.  Luckily, they were able to push a kayak out to her in time, pulled her back in, and everyone’s okay.  The guy who helped said she was smiling when she got to shore, said it was really fun, and that she’d totally do it again.

She’s facing charges for dangerous operation of a motor vehicle and could lose her license.  It’s not clear if they plan to tack on other charges too.

(Here she is taking a selfie, plus footage of the start of the rescue and the end of it.) 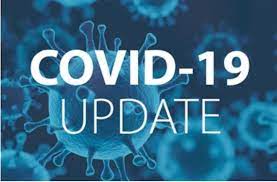 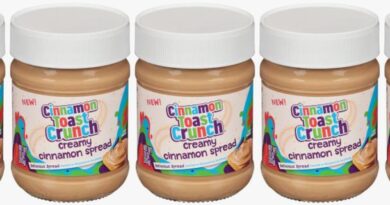 Spreadable Cinnamon Toast Crunch Is Now a Thing That Exists

Mold in a Hotel Room Coffee Maker Is Going Viral